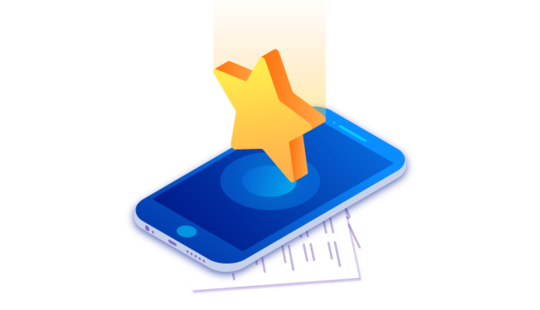 The 10 Most Prominent B2B Marketplace Examples 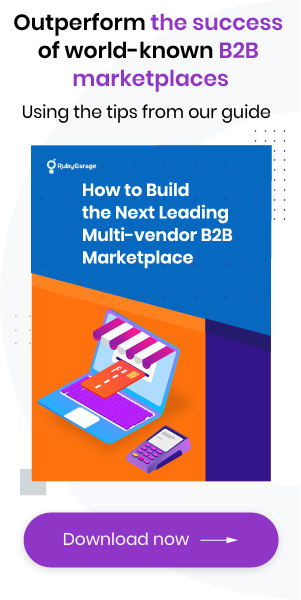 Currently, the B2B sector is one of the most profitable. According to Forrester, transactions on B2B platforms in the US are expected to reach $ 1.8 trillion by 2023. If you’re going to enter this sector, expect fierce competition. In this article, you’ll gain ideas and inspiration from the success stories of 10 B2B product and service marketplaces.

A business-to-business (B2B) product marketplace is a two-sided platform where suppliers and manufacturers sell goods to retailers and distributors. Below, we share five success stories that can inspire you to build your own B2B product marketplace.

Alibaba is an online marketplace dedicated to retail and wholesale. After a trip to the United States, founder Jack Ma Yun got the idea of creating a marketplace platform that would work not only in China but in the global market. This idea seemed a winning one for three reasons:

The company and the website with the same name, Alibaba.com, were founded in 1999. In the beginning, the Alibaba marketplace suffered many setbacks, and its future was in doubt. The company began to bring in profit only at the end of 2001. In 2002, Ma decided to diversify the Alibaba marketplace to provide customers with a comprehensive set of services within one platform and increase the company’s profits. So Alibaba created new branches: the Taobao platform for trading goods between consumers (C2C) and the Tmall platform for trading between businesses and consumers (B2C). In 2012, all these services were merged into Alibaba Group, which by 2015 had captured 82% of the electronic sales market in China, confidently replacing eBay.

The unique selling proposition (USP) that makes Alibaba stand out from competitors is its 20 years of experience in the B2B sector. The company was established before the general ecommerce boom. During its existence, Alibaba has succeeded in winning the trust of many businesses and has gained a large customer base. This has helped the company create a reputation as a reliable and confident platform.

Moreover, Alibaba helps small and medium-sized businesses (SMEs) develop and build successful ecommerce stores. The platform provides all the tools businesses need to grow. For instance, Alibaba provides sellers with free webinars and conferences to help them gain useful knowledge about doing business. Merchants who subscribe to Alibaba’s premium package receive a monthly consultation from specialists who help analyze their businesses and share tips for improving their stores and sales.

Jeff Bezos founded Amazon in 1994. Back then, the internet was something of a novelty, and to attract his first customers, Jeff decided to sell books, since they were in demand. The idea proved a success, and after a few years, the platform expanded with sales of video games, electronics, and children’s products. In 1998, Amazon became a B2C platform and entered the international market. Over the 26 years of its existence, Amazon has achieved many heights and has been ranked one of the top multi-vendor trading platforms, making it an excellent example for inspiration.

The USP of Amazon Business is that companies don’t need to subscribe to monthly or yearly plans. Registered companies can create accounts for free with access to all features and tools. The platform charges only a commission on sellers’ revenue.

Nowadays, the revenue of the Global Sources marketplace is estimated at $367 million per year.

The USP of Global Sources is that it provides customers with many channels for establishing trade partnerships. Through annual trade shows, conferences, and webinars, Global Sources helps businesses establish international contacts and increase sales in more than 240 countries.

Unlike the marketplaces described above, Packhelp is a niche marketplace that helps SMEs develop custom packaging designs for boxes, bags, labels, etc. Packhelp is a Polish startup that was launched in 2015. In Poland, SMEs generate 67.1% of total employment. Over the five years of its existence, Packhelp has found a place in the hearts of investors. In 2020, the platform unites more than 1,000 suppliers of printing products and has 138 employees, which is 27 percent more than the year before.

Typically, printing companies only carry out large orders where the customer needs more than 1,000 products. But small businesses don’t need so many units. The USP of Packhelp is that the marketplace allows SMEs to combine several small orders for packaging designs and hand them over to suppliers. This approach enables small businesses to get quality packaging in the quantity they need.

Zageno is one more example of a niche B2B marketplace. Founded in 2015 by Florian Wegener and David Pamberg, Zageno has raised $28 million in three funding rounds. The platform specializes in test materials and laboratory kits for medical analysis. In just one year, Zageno became the world’s largest market for life science products. And within five years of its existence, Zageno has won a base of 2,000 suppliers that sell more than 1.8 million medical laboratory products.

The USP that Zageno offers its customers is convenient search and prompt selection of lab supplies. The platform is integrated with the Spend Analytics system, which collects data on purchase histories and analyzes it to create personalized offers with recommendations and speed up the purchasing process.

B2B service marketplaces are similar to B2B product marketplaces. The only difference is that instead of providing products, they provide services. If you’re considering creating this type of marketplace for your business, here are some examples that will give you insights.

Upwork is a job search platform that connects freelancers with employers. Upwork was founded in 2013 by merging two companies: Elans, an ecommerce platform, and oDec, a recruiting platform. After just a year of its existence, Upwork reported that freelancers had earned about $941 million on the platform.

To date, Upwork has 12 million registered freelancers and 5 million employers, making it the leader in the recruiting industry.

The USP that keeps Upwork at the forefront is its secure environment for freelancers and employers. On Upwork, employers can be confident in the qualifications of the specialists they hire. Before freelancers register on the platform, they need to pass a test that confirms their qualifications and seniority in the industry. To build even more trust, freelancers track the time spent on work and employers receive reports, which makes billing more transparent.

Also, Upwork provides the opportunity to conduct online meetings and chat within the platform. This allows both parties to be confident that agreements will be fulfilled. In case of a disagreement, either party can contact Upwork support and report a violation. Moreover, all payments go through the platform, which protects both parties from fraud.

RigUp started as a bidding platform. But in 2014, founders Xuan Yong and Mike Witte redefined the idea and created a startup marketplace for contractors, suppliers, and operators in the energy sector. In 2018, in a series B round, the project received $15.8 million, and in January 2019, it got another $60 million in funding.

Today, RigUp provides customers with access to over 22,000 service providers in over 100 service categories in the oil and gas industry. The company’s annual revenue is $62.9 million.

The RigUp USP is that the company provides additional tools to reduce risks. Thanks to a transparent billing and remuneration system, the platform guarantees all parties that work is completed and paid. RigUp has also automated the process by reducing paperwork, which optimizes and shortens the time required for deals.

СaterSpot is a marketplace platform that facilitates catering services for various occasions. The Hong Kong-based company began its existence as a startup in 2016 and, having secured the support of two investors, received $800,000 in funding just three months after its launch. These funds were invested in expanding the customer base. Today, CaterSpot works with such giants as Google, Uber, and LinkedIn.

The USP that makes СaterSpot a rocking marketplace is its convenient selection of catering service providers. For example, say a customer is planning an event for 45 guests and the food budget is $20 per person. The client can enter these requirements in the search form and CaterSpot will select the most suitable vendors, making the process of finding a supplier easier and faster.

GorillaSpace is a young platform founded in 2017 that helps clients find and rent office space, coworking space, and conference rooms. The company was founded by a couple of university friends (Jeanie and Ben Ekblad) from Chapel Hill, North Carolina. In its first year, GorillaSpace attracted investors from Mitsubishi Estate Co., who invested an undisclosed amount in the project.

The USP of GorillaSpace is that it’s one of the few service platforms to offer both long- and short-term office space rentals with flexible workspace options. The platform also provides the opportunity to remotely rent an area but before examining it using the 3D tour feature.

Uber was founded by Gareth Kemp and Travis Kalanick. In 2008, the friends were discussing business plans and needed to rush to an urgent meeting. But though they were in the center of Paris, the dispatcher they called could not find a taxi for about an hour, so Gareth and Travis were late. This situation prompted the idea of ​​a startup that would help tourists and locals find taxis.

At the end of 2008, Uber began to collect investments in the billions of dollars. Within a year, the founders decided to invest most of these funds in developing offices in the largest countries. This helped the company capture almost the entire global taxi market within a short period of time. In 2010, Gareth and Travis developed a prototype of the mobile application now used by 75 million loyal customers every month.

A few years later, the company launched Uber Eats. In 2014, the B2B platform Uber for Business appeared. This product is similar to the Uber taxi app, but it leverages Uber Eats services and is intended for large corporations. Uber for Business allows customers to create corporate accounts that all employees can join to travel or order food at the company’s expense. The Uber Business platform is integrated with Counter software, which automatically registers receipts for travel expenses and prepares reports.

The USP of Uber for Business is the simplicity and speed of getting a taxi. When customers order a taxi, they mark the start and end points of the route, choose the type of trip, and confirm the order. In half a minute, the UBER system selects the driver closest to the starting point and calculates the travel time so customers know exactly when the driver will arrive and how quickly they’ll reach their destination.

If you haven’t started building a platform for your B2B business yet, now is the time to kick off. Use our examples of successful B2B marketplaces as sources of inspiration to create your own platform.

Ready to take the first step and create a B2B marketplace? Check out how MarketAge – our highly-secure and scalable solution – can help you. 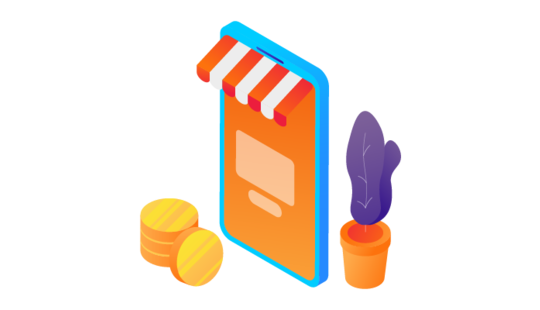 Comprehensive Guide on How to Build a Service Marketplace 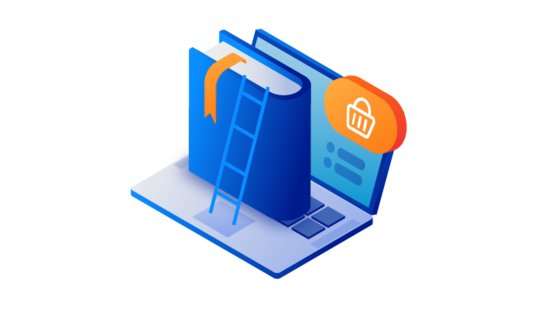 Biggest Marketplace Problems and Ideas on How to Solve Them